Fall is a comfy season. It's pretty warm but not stupidly hot like some summer days, so I can wear jackets without dying. The trees are also very pretty

I've finished my summer job, and I'm back at college. The job was nice, and I'll miss being outside as much as I was. Not so excited about using the computer a lot more. I've only got 3 classes, so hopefully it'll go a lot better than last time. Right now I'm taking it somewhat easy, although sometimes I'm wishing my life had some more direction. I'm pretty content with my life for the most part.

Summer is ending, which is unfortunate, it's my favourite season and theres more I wanted to do. I don't mind the other seasons at all, but summers are usually the nicest here. A friend and I hung out and went skateboarding outside for the first time. We found a neat semi-hidden basketball court and just skated around there. I don't really want to go to the skate park, since I only recently learned to balance and turn. Another friend and I have been having a few jam sessions with the various instruments we have, mostly guitar, drums, and bass. It's always a good time, even if both of us aren't the greatest.

At some point I want to overhaul this website stylistically 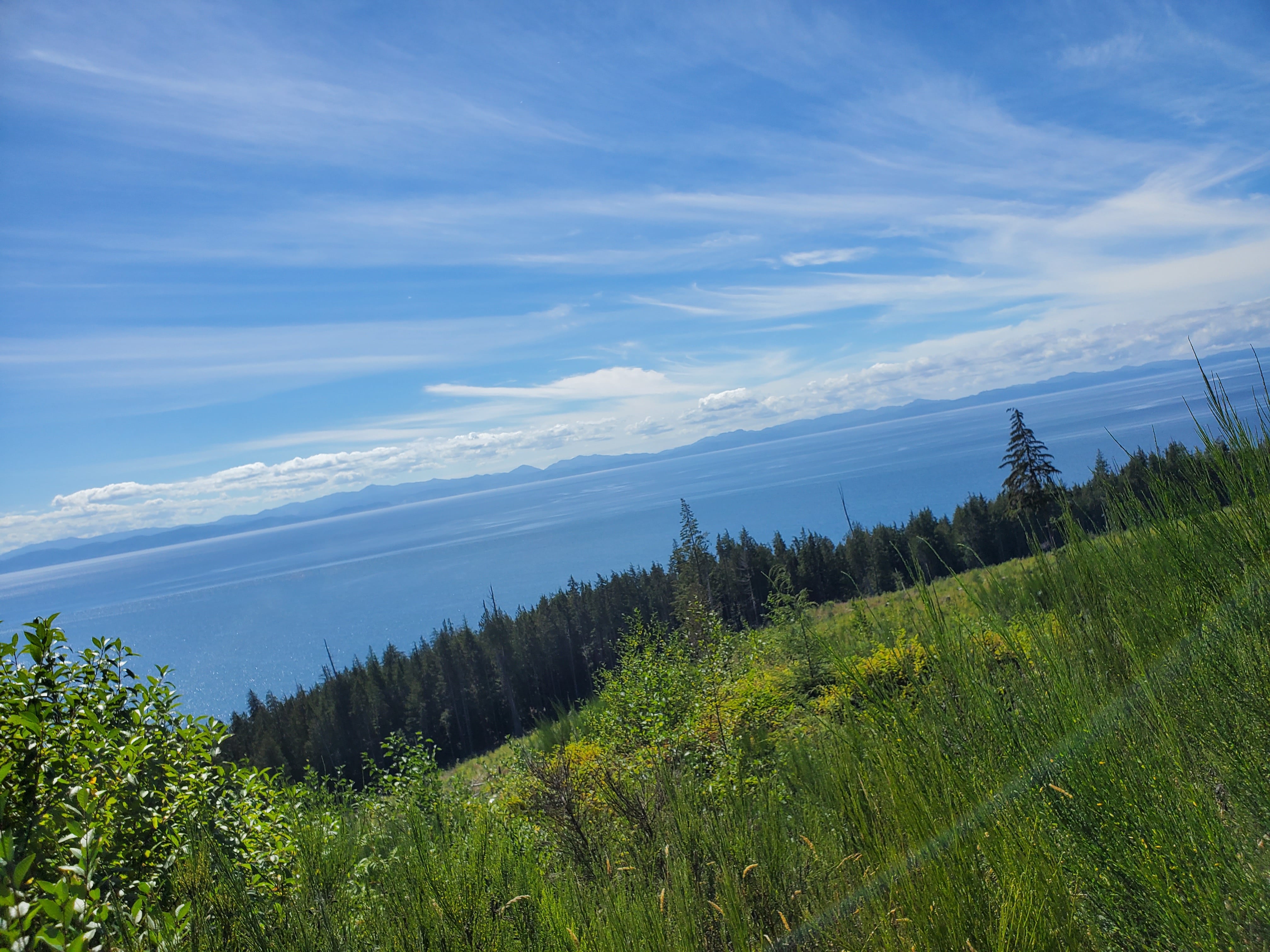 Busy week at work. Yesterday we want to repair a bridge, which was a nice change of pace but hard work. To get the supplies/materials to the bridge we drove as far as we could into the bush, and carried everything through the bushes probably for around 300-400 meters. The main thing was the wood planks which were probably 3-4 meters long and maybe 30-50 pounds each. We tore off the old wood and used around 7 or 8 planks to replace it. Hard work, but it was satisfying when it was finished

Today I walked around 12-13 kilometers, but I'm less tired than I was yesterday (still sore though). I've gotten pretty used to it. It's a good job but I still kind of wish I had a bit more free time, or at least had more energy after work to do things

Update: I'm feeling better and am currently at a lake

Got a new job as a park patroller. It's been pretty good so far, most of it is just cleaning the trail and checking for permits. I get to drive a truck which is fun, it almost makes me want to get a truck myself but I don't want to pay for the gas. Now that I'm working again it's nice being able to spend money on stuff more freely. I've really had to watch what I spend over the last while where I didn't have a job. I've been sick for the last few days so I haven't been able to go to work.

My birthdays coming up on the 20th, so I'm hoping I'll be better by then. My mom rented a lake house for a few days so I'll be staying there for a bit. It'll probably be the closet thing to an actual vacation I get this summer

it was a long weekend, so i went camping with a couple of friends. we planned on taking a ferry to a nearby island, and then kayaking/canoeing to another smaller nearby island. it was a fun time, even through we messed up/forgot a bunch of stuff, most notably water. we were going to bring a pretty big container of water to last most of the weekend, but we forgot to fill it and so we only had around 5 or 6 bottles of water to last 3 days. the food was pretty good, i had forgotten how good fire-cooked hot dogs are

i went out to a bar/club for the first time in a while a couple nights ago. it was "pop punk night" at a bar in town, and i went with a couple of friends. i didn't drink because i was the driver, but it was still a great time. there were 3 bands that played and they were all pretty good. it was really loud which was great, my vocal cords are still kind of shot because i had to yell to talk all night

yesterday i spent the day with a friend and we went to a lot of cool places. we went an abandoned power plant which was pretty sick. i got some cool pics but i'm not gonna dox myself right now

easter was fun, we had a bunch of people over including some friends i haven't seen in a while. they couldn't stay late cause it was sunday, but it was a good time

on the computer doing computer stuff

duckduckgo wrecked their image with a single tweet. the ceo said out and said they're changing their search to hide "russian disinformation" and promote mainstream news on the top of their search results. a lot of people who use duckduckgo, myself included, aren't going to be happy with this change, because one of the biggest reasons people like duckduckgo is because it wasn't like google, who has been manipulating their own search results based on their own opinions for years

people liked duckduckgo because it didn't try to decide what information you should be allowed to see (as much as other search engines at least). the issue with labeling things as "disinformation" is that information changes. what is considered true today might not be tomorrow and vice versa. and it is true that there's a lot of disinformation surrounding the russia-ukraine situation, but people should be able to decide what to believe instead of big tech telling people what to think. i don't trust any single entity to label things right and wrong

i'm starting to consider options for other places to live. i want to stay in bc but i don't know how i could afford a decent life here with how expensive everything is getting. i'm thinking alberta or even interior bc would be way better than here. montana sounds alright, but i'd have to figure out how to move to the usa

there's a lot going on in the world isn't there? this month should be pretty interesting.

times going too fast, yet not much has happened. mostly procrastinating, trying to learn stuff instead. keeping a low profile, hung out with a couple friends since last update. i wish i could do it more, but people are so busy these days. new glasses should be coming in the mail tomorrow or tuesday, that's something to look forward to i guess. i just noticed i've got a weird typing pattern going on, but don't know why.

right now at this point in time i'm wanting to go for a night drive. its been a while since i last did one but i don't feel like going alone right now. only real benefit to driving alone is that i can sing as loud as i wasnt without embarrassing myself. currently listening to: long season by fishmans

so its a new year, and stuff has happened. first thing related to this website is that i'm going to split up the updates by year, so the pages don't get too long. i kind of forgot to work on or even update this website throughout winter break cause i was busy with holiday stuff. speaking of which, christmas and the new year were nice as usual. spent time with the family and got some cool things, like a battery powered amp and a new hat with a leaf on it.

new years eve was especially fun, i had a bunch of friends over (mostly friends of a friend, but we kind of knew each other). there was 5 of us in total. we played some drinking games and video games, and messed around with our instruments. we recorded a bunch of videos spoofing ghost hunter shows and music interviews and they were pretty great. i was the cameraman most the time, i'm not much of an actor.

that was kind of the peak of my break, because i was snowed in the rest of the time, and then i got sick. it was nice to have a few weeks to do nothing, things are starting up again with school. this semester sounds like its going to be more fun than the last one, but i'm not letting my guard down again. it's in person again, but i kind of wish it weren't